Helping shape the mind and future of the youth

In the Philippines, statistics show that 1 out of 10 Filipinos around the age of 6 to 24 is out-of-school. This amounts to at least 24 million Filipinos who are not able to finish their education.

While improvements are being done by the government to place greater resources and finances into the educational system, it has yet to remedy the consistently high rates of student dropouts yearly.

The steep cost of education is definitely a huge contributing factor to the high out-of-school population. Insufficient funds have hindered children from continuing their education. Filipino youth are either forced to stop their studies because they can’t afford it or they are encouraged to work instead in order to help provide income for their families.

Scholarships and grants try to lessen the financial requirements of education. The problem is that there is no centralized pool of information on how to apply for these scholarships, what requirements are needed, and where to find them.

Adding to the list of factors that push children to quit school is they assume that working right away would be for the best; some lack interest to finish their education.

Failure to enlighten children of the vast career options they may have after graduating is robbing them of great possibilities. Proper and professional guidance should be provided to kids so that they are aware of all the opportunities they may have.

But there is a hope for change.

THE MAN BEHIND THE VISION

Henry Muñoz is the founder of Edukasyon.ph, an ed-tech social enterprise that aims to give every student a chance to get quality education that leads to employment. “For us, it’s very important that education is not the endgame; preparing the student for employment is the endgame,” Henry explained.

Their platform provides its users with important information on high schools, universities, and training providers. Making these details accessible helps connect parents and students to the right schools and the right opportunities.

But before coming up with this game-changing idea, Henry started out as a kid with a strong admiration for his grandparents’ entrepreneurial line of work. He shared, “I always idealized or was always very curious about trying to work for yourself or to take the risk or to try these things.”

Henry took a college degree in the London School of Economics and Political Science and finished his masters for Business Administration in Harvard Business School.

With quite a background in business and economics, he led a successful career in the entrepreneurial field. Henry worked in London as a senior associate in Bain Capital, a global alternative investment firm specializing in private equities, and in Goldman Sach’s Investment Banking Division.

Being half Filipino and half French, Henry spent his life living between Europe and the Philippines. He was initially based in London and so, he used to go back and forth between countries before he recently decided to settle in the Philippines in November 2015.

Henry also took part as board member in Bantay.ph, an NGO that battles corruption in the Philippines through the use of education and technology, before he came up with his breakthrough idea, Edukasyon.ph.

It was in the summer of 2012 that Henry’s cousin was applying for college. “I remember asking him ‘So how are you applying to college? What’s the process?’ and it was very shocking to see how disorganized it was,” Henry recalled. His cousin’s response was that of confusion and uncertainty; he didn’t know what he could study in the universities he planned to go to and he didn’t know what job opportunities he has after.

“I spoke to other students who also went to private high schools. Same stories over and over again. Then, I went to speak to students in public schools and it was worse,” Henry recounted, “They knew even less.”

It wasn’t just the application process that students weren’t aware of, it was also the existence of scholarships that could mean the difference for them in terms of being able to afford the school they wanted to enter or not.

With a mission to help kids, Henry set out to create Edukasyon.ph. “Information -It’s not always everywhere and it’s also sometimes not very well presented. That’s what we’re working on,” he said.

Trying to help make sure that more people finish their education as well as actually find jobs after they graduate, Henry is intent on making his company an efficient go-to source of information on local and international educational opportunities for students.

Being an organization fueled by an exceptional advocacy of helping children attain a better future, Edukasyon.ph is indeed making a great impact on society.

Inspiring not only fellow entrepreneurs but also the youth he influences with his admirable undertaking, Henry’s successes prove that a genuine vision to help bring a positive change is met with great outcomes. 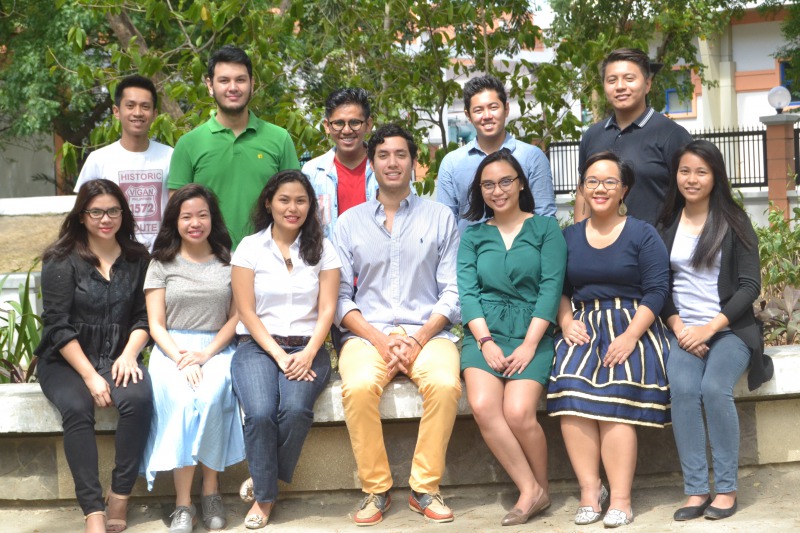