Techstars: Aiming to be the #1 accelerator outside of Silicon Valley and around the world – An interview with founder David Cohen

Interview series with well-known investors. Today we had an interview with Techstar’s founder and partner, David Cohen. Techstars is counted as one of the top 3 accelerators in the US. Until today they have made excellent startups like Pivotdesk and SendGrid. What makes Techstars unique is that they are carrying out their operations in New York, Boston, Seattle, London, and other places. One unique point is that they are an accelerator that work with companies like Disney and Nike in specific areas.

Above all, It is an accelerator program that focuses on “Quality” 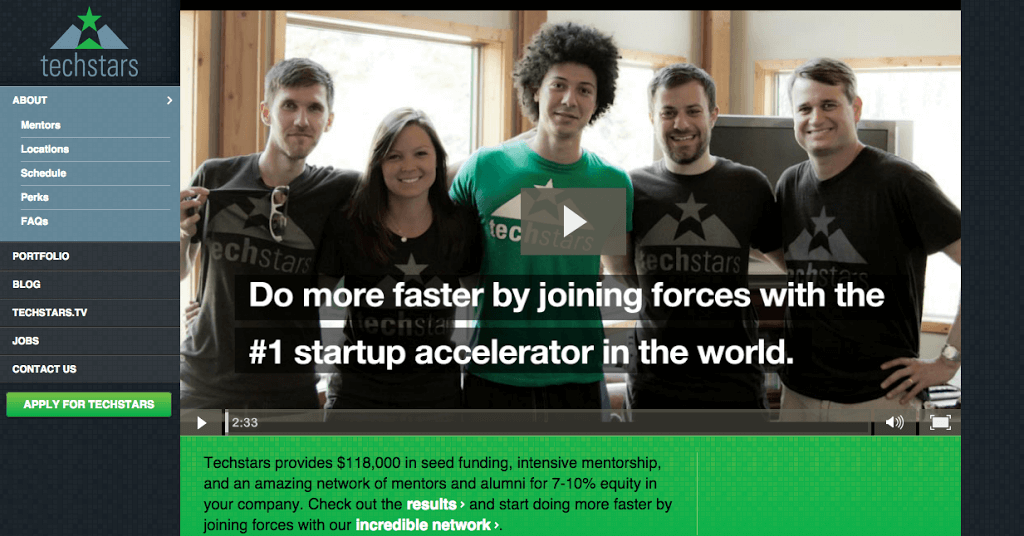 Q1. First of all, please tell us about the Techstars Program.

The Techstars Program is a 3 month accelerator program that focuses on mentorship. In 2007, we started the full-blown program with London as our base and then carried on later to 11 places around the world. Within one year, we were able to carry out a total of 14 programs. With more than 200 mentors, more than 400 businesses, and more than 1000 investors in our network; Techstars puts a lot of energy in building our network. In our program, the first step for each startup is to get an investment of 120K dollars. At the end of the program when we calculate the balance, the average startup is able to fundraise 2M dollars.

Q2. What is the difference between your accelerator and others like Y Combinator and 500 Startups?

First off, the biggest difference is that other accelerators are based in Silicon Valley, whereas we started in Boston, New York, London, and Los Angeles. We make it a point to make the world our stage.

The second difference is the “quality” that the program offers. The startups that participate in Techstars’ program are not just those who have been running for 10 years or more. Also, with just 10 members participating, each startup receives coaching. With just these number of faces, we get to put a lot of focus on the program’s “quality”.

The third difference is that aside from the US, we are based in London and we build our network extensively in a broader area.

Q3. We see that you carry out an accelerator program wherein you work with companies like Disney. What is the reason behind that?

The reason behind that is simple. Before any joint business venture, we want startups to work with these businesses and be supported by the growth of industries. As of the moment, we carry out 7 programs that work with corporations. For example, for Disney we have digital media and entertainment, Kaplan for education technology, Sprint for mobile health, and Nike for the area of digital sports where they are able to greatly support the program. In this program, we are not assuming that there will be massive returns or buyouts. Our goal is not to have each big company work with us so that they can support the startups in the future.  For example, Disney’s CEO Bob Iger did not request for anything in return. For the Disney accelerator, he participated by giving two days of mentorship. Our biggest reason is to have this kind of support between startups and big industries.

Q4. In concrete terms, how does Techstars support startups?

Our network is the biggest support that we have. The startup network is actually really small. Techstars supports the creation of those kinds of networks. In these created networks, it actually really helps to carry out promotion and customer acquisition. For Techstars, we make sure to build networks that can be used even outside Silicon Valley.

Q5. For startups that want to apply to Techstars, what certain factors do you emphasize on?

We have three. First is the team. I think this is the most important. The skill and talent of the team to create that market is one thing. We are looking for interesting teams that, aside from creating their markets, are able to grow well.

Secondly, we look at their capability to progress steadily. When we look at the applications we look for not only the ability to create something from zero but also, despite all the failures, the different experiences, and a constantly changing course, the ability to never be discouraged and to develop steadily.

Lastly, is the idea. The idea is something that you would want to pivot any number of times. However, I think that if the team is steadily working, in the end the best idea will be there. That’s why the team is the most important and why we mentioned the idea last. To summarize everything, I believe it all comes down to the team’s ability “to get things done.”

Q6. What kind of industries do you focus more on?

The second is the HCI (Human Computer Interaction). Interactive computer design that people can use is in the area of HCI. For example, 20 years ago, how we use the computer was completely different. It’s this research area on entirely new ways of using computers that we focus on.

The third is web infrastructure. A lot of Techstars startups, like SendGrid fall in this category.

Q7. What kind of entrepreneur impresses you the most?

Of course there are a lot of impressive entrepreneurs such as SendGrid’s founder Isaac Saldana. The reason behind that is, aside from them being incredibly enthusiastic about their own businesses, they are resolute in their mission- even without thinking about the money. I think that’s why the early stages of the startup are important. This is when they have the enthusiasm to deal with and solve whatever problem arises.

Q8. For the investors, what benefit do they get in participating in Techstars’ demo day?

One big benefit you can mention is, of course, being able to get in touch with the excellent startups that we have selected. From around 1000 starups that apply to the program, only 10 startups are able to participate after careful selection. After which, we have a 3 month training that leads to the demo-day. They benefit from meeting the remaining 1% of startups that initially applied.

Q9. When choosing the investors to invite for demo-day, what kind of standards do you have?

Q10. Do you have any plans of setting up a location in Asia?

We are of course thinking of expanding abroad. There were a couple of times that we were headed to Tokyo or Singapore where there are many startups. We don’t want to say that we’re definitely going to build an office at this point and time; however, for us, there is great benefits in connecting with investors around the world so of course it’s quite likely that in the future we would have a location in Asia.

Q11. For those from Asia, specifically Japanese entrepreneurs who want to enter the North American market, what certain things are important to consider?

If one is interested in entering the North American market, they must have an extensive knowledge of the market. For example, when setting up our office in London, we employed people from London. If you want to enter a certain market, I think that you need to hire people who have a deep understanding and knowledge of the circumstances of that market. Techstars also has many offices in North America. If there is a business that’s expanding to explore markets abroad, they can always drop by our offices. We can surely give some advice.

Q12. How many of the startups that apply to Techstars are from outside America?

Q13. Do you think that there is a chance for Japanese starting their businesses to get into Techstars’ program?

Of course. In fact, one Japanese founder of the startup TYFFON was able to join in the Disney Accelerator. They created an interesting product called ZombieBooth. We would like to challenge those like them to try!

Q14. What kind of background did you have and why did you think of becoming an investor?

Before becoming an investor, I was an engineer from the very beginning and eventually became a programmer. My dad was an entrepreneur and so from a very young age, I was already familiar with the startup. I have been able to manage a few companies and as the companies grew bigger, I would recognize myself slowly losing interest in the business that I was running. From these experiences, I somehow realized that I wasn’t suited to be a manager or even an entrepreneur. As an entrepreneur, I assess the growth of startups. I see myself suited as more of a supporter; I find it most enjoyable out of all. As of now, I have decided to be an investor.

Q15. For my last question, what kind of vision do you have? From now on what kind of accelerator do you think Techstars will become?

The vision is to be able to revive that entrepreneur community around the world. There are already a lot of famous startups from North America and Europe, but there are also a lot of other great startups that are being created in Tokyo, Singapore, Beijing and in other countries as well. From now on, Techstars’ goal would be to create its mark as a place that trains and churns out great startups. Techstars wants to be able to train great startups from each city and focus on carrying these business-creating ecosystems. Whatever small town that may be outside of Silicon Valley, Techstars’ vision for the future is to create great startups around the world.

This article and picture is provided by TechWatch. Article is translated in English by TechShake with approval from TechWatch.

You can refer to the original HERE.