A Hand Up for the Startup

By Paulo Dwight Samuel B. Alonzo

Anybody who has experience with business knows the struggle of having to go it out alone for the first time. Taking an idea to market generally entails a big learning curve in terms of a new entrepreneur’s skills and maturity. Startups need friends to survive in the great big world.  In today’s world of the Internet and globalization, multinational companies and startups share the stage, with the next big thing always right around the corner. While competition and the law of the jungle will always persist, these two could also learn from one another.

In an age that demands ever greater innovation startups and established companies can find common ground. But thankfully there are individuals and organizations willing to take up the challenge of being matchmakers for startups and multinationals. Arnaud Bonzom is one of these exemplary individuals. As Director of Corporate Innovation at 500 Startups, he is tasked with helping multinationals leverage the innovation and energy of startups in exchange for the expertise and resources that these large companies can provide. Bonzom is also teamed up with INSEAD as one of the authors of “How dothe World’s Biggest Companies Deal with the Startup Revolution?”, a guide for corporations looking to deal with startups.

500 Startups is a California-based early stage venture capital firm started by legendary angel investor David McClure and Christine Tsai seven years ago in 2010. From an initial “class” of 12 startups it now works with astronomical numbers over 1800 companies in 60 countries and with over 3000 founders.  Maybe even without knowing it, 500 Startups may already have change how ordinary people live. The startups run the gamut of Philippine-based real-estate site ZipMatch, to infographics giant visual.ly, to ride-sharing app Grab. 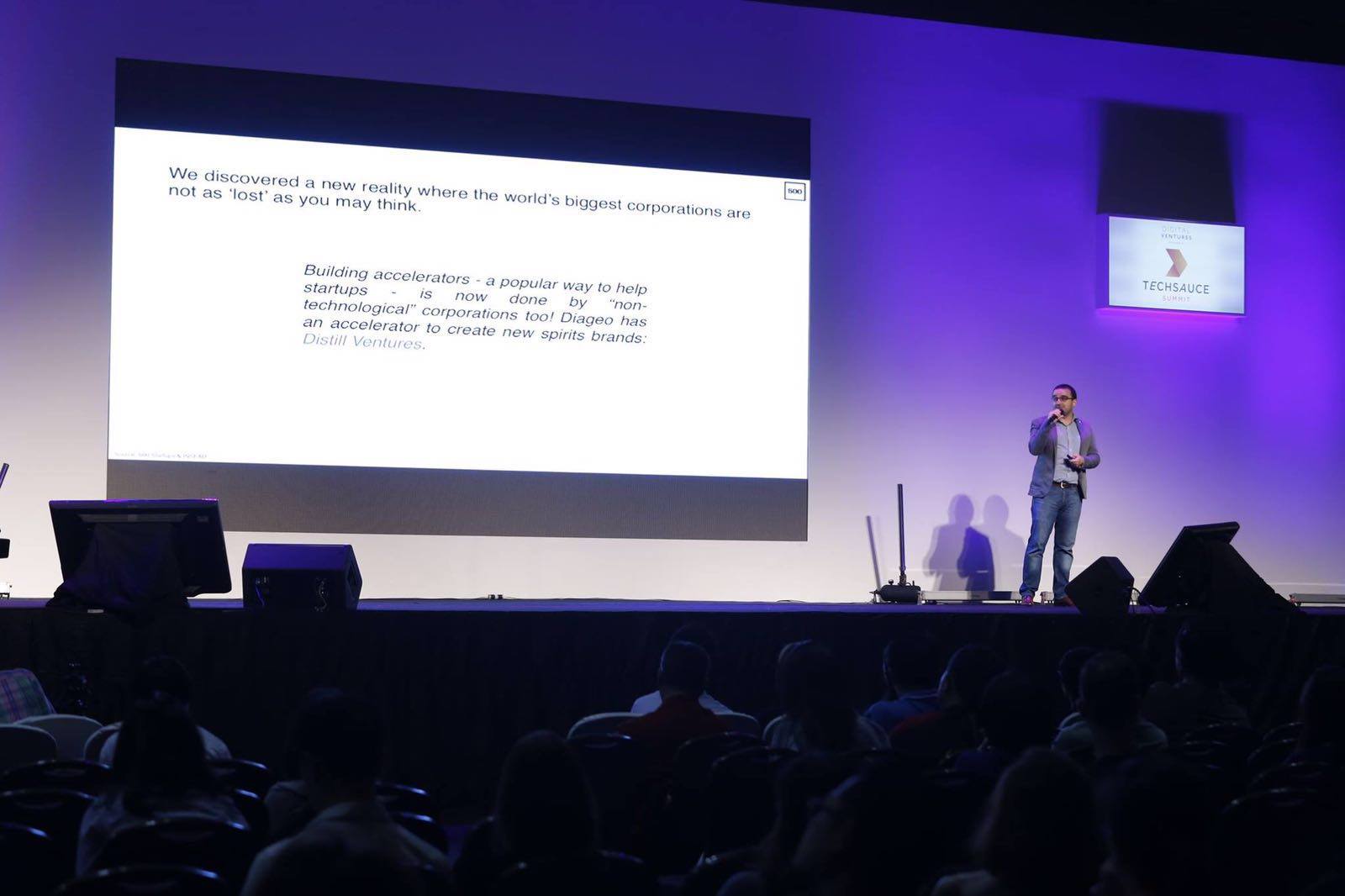 While it would be easy to characterize 500 Startups as glorified grant-giving, Bonzom says the work 500 startup does goes well beyond that. It means “Introducing them to the right person in the bank, which guy is going to make the decision and being able to understand what is the problem that startup is solving”.

Thus the work of accelerating startups for Bonzom means facilitating connections between big corporations and startups and being an evangelist for both “Helping them (corporations) understand what they can do with startups”. The knowledge experience that comes with succeeding as a multinational company can also benefit startups, Bonzom describes part of what he does as “Having them (companies) share with us the challenges they are facing now, then five, ten years”. It also means understanding the companies' profiles “Are they willing to take risks, are they willing to invest a lot of money into that or not”.

Bonzom takes particular pride in how 500 Startups takes care of its startups through this system, which he describes as a “corporate Make-A-Wish”. Through its expansive network, it has helped companies receive support and resources that they would otherwise not have, Bonzom takes particular pride in 500 Startups’ attention “In Southeast Asia … we have one person in charge of supporting our companies: Becky Kux, so she’s calling all of our 150 portfolio companies every month and asking them: "what do you need?” 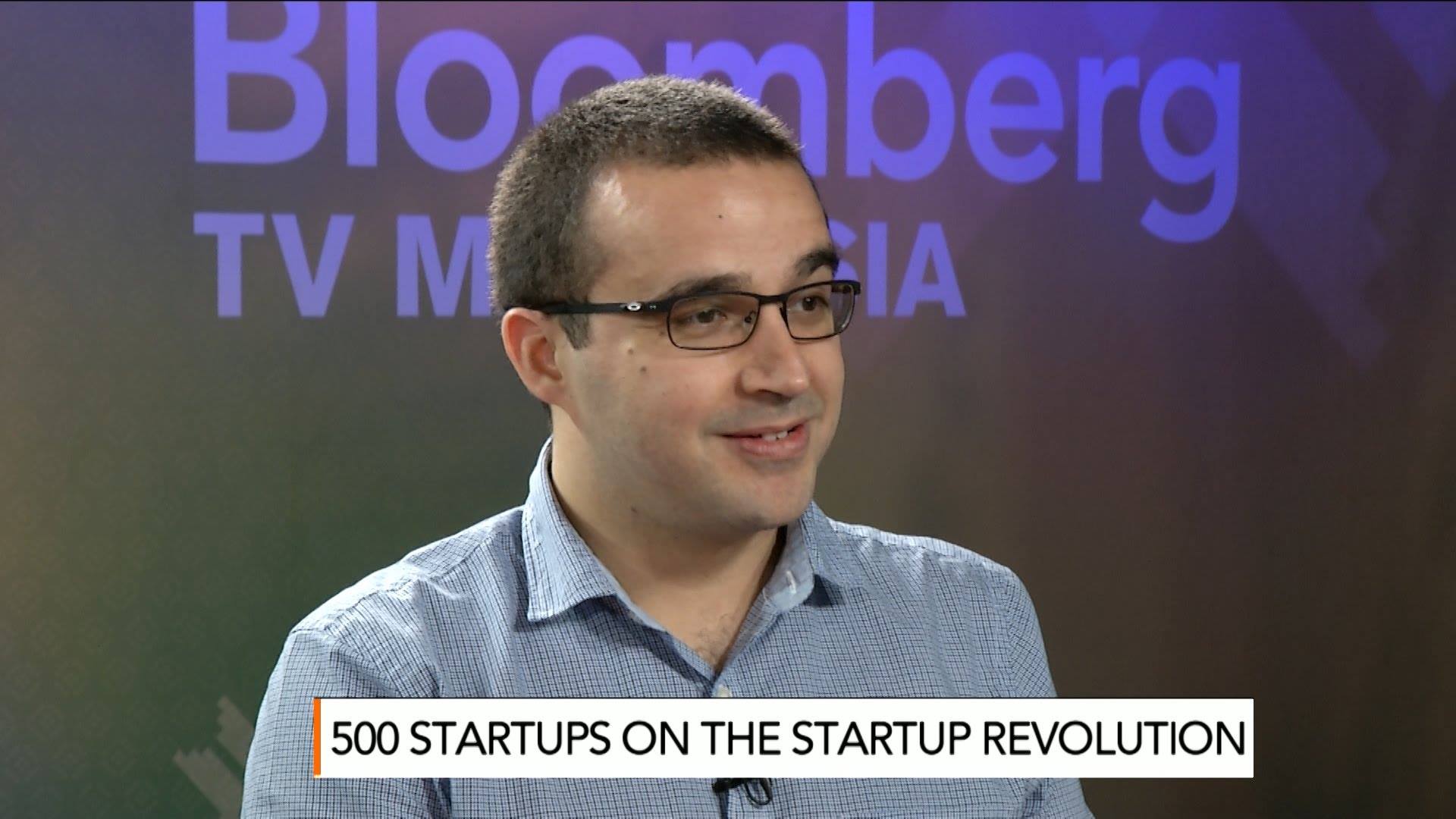 Bonzom shed light on the often overlooked, yet active approach by corporates to tap into the minds (and indeed, businesses) of entrepreneurs. Helping corporates to identify and roll out initiatives including corporate accelerator and corporate fund. Bonzom intimates that “The challenge and beauty of my work is to support a wide range of large organizations from the technology industry, to the bank industry and even conglomerates by recommending them tailor made solutions to engage with startups.”

The complexity and diversity of the kind of matchmaking 500 Startups does leaves very little room for Bonzom, he believes he has to be a jack of all trades, in his own words: “It’s interesting because I had some time coming in from different industries… you have to know the fact that they spin-off this company, you cannot come in and say I don’t know anything about this industry.”

Not a stanger to the struggles

Risking it all for the first time in an environment that’s more or less new to you is a struggle that startups are not unfamiliar with. Perhaps Bonzom’s uncanny sense for startups comes from how he started working with startups.

Bonzom came to Singapore as a fresh graduate with very little experience in the region. “You just come, you’re nobody, you just graduated, you have nothing to lose. Worst case scenario, you spend too much money for 6 months, you go back, you tried it, you learned something, you don’t have any regrets”. Food for thought to any entrepreneur.

You Can check Bonzom's website here. Full of Insights.

Also, here's Bonzom's Report about "How do the World's Biggest Companies Deal with the Startup Revolution?" 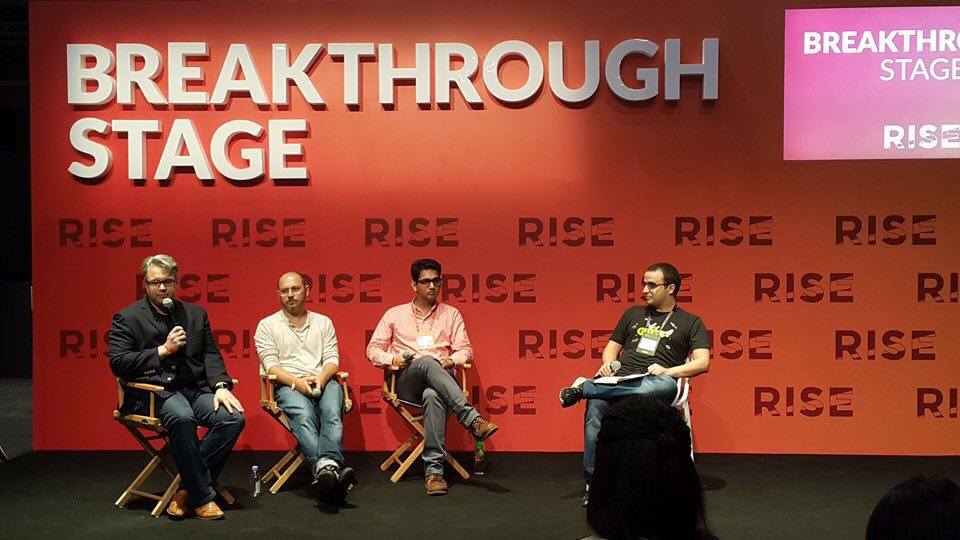