Agricultural revolution: Empowerment of Farming in the 21st century

Irony of an agricultural country

Unknown to many, the Philippines employs more than a third of the country’s labor force in the agriculture, yet despite their numbers and importance to our daily lives, they are among the lowest-paid workers. An average farmer earns less than $2 a day and lives in a cycle of debt. Ironically, the farmers are starving. What makes things worse is the fact that it is not an uncommon scene in the Philippines and it has been going on for centuries.

Farmers could go to banks, micro-financing institution, or loan sharks who have very high interest rates. Most of the time, they are left with no choice but to accept credit terms of 5%-20% interest monthly that eat up their already low income; not to mention that climate change affects the crops unsympathetically. Cropital is the first crowd-funding platform allowing anyone to finance farmers. It enables low-cost sustainable agricultural investments to support these farmers thereby promoting inclusive growth, reducing poverty, and ensuring food security.

And more than funding, Cropital aims to disrupt the oppressive cycle by empowering them with crop insurance, trainings, and access to technology partners.

Behind Cropital is a team composed of 3 multi-awarded engineers who have been together for 7 years. The team has undergone accelerators in the US, Malaysia, and the Philippines, and is actively supported by mentors who are known as the leaders in the field of Agriculture, Finance, Crowdfunding, and Technology. One of team members is Rachel de Villa, Cropital’s CTO, who is a full stack programmer and designer who can code everything.

“I’ve always believed that someday, I’m gonna create things for other people to use.” She recounted.

She graduated BS Computer Science at the University of the Philippines—Diliman and held leadership position in various organizations and student councils, which has helped her in acquiring several skills in project management, public speaking, and publicity. Rachel has won several hackathons including Pinksphere Full-Stack Web Developer Challenge and WebGeek Developer’s Cup. Recently, she was even included in the inaugural Forbes 30 under 30 Asia list in the Finance and VC category.

“…but I think more than skills, my best asset would be persistence. In everything that I do, I focus on being the best that I possibly can be.”

Prior to founding Cropital, Rachel had no experience in building a startup. She recounted, “I just have this problem in mind that I want to solve.” And thus, she connected herself with people who can help them learn skills and gain knowledge about farmers and their needs. “I’ve always believed that the worst part about being an entrepreneur is that you cannot do it alone but the best part is you don’t have to; because there will always be people who are willing to help you and it’s up to you to reach out to them.” 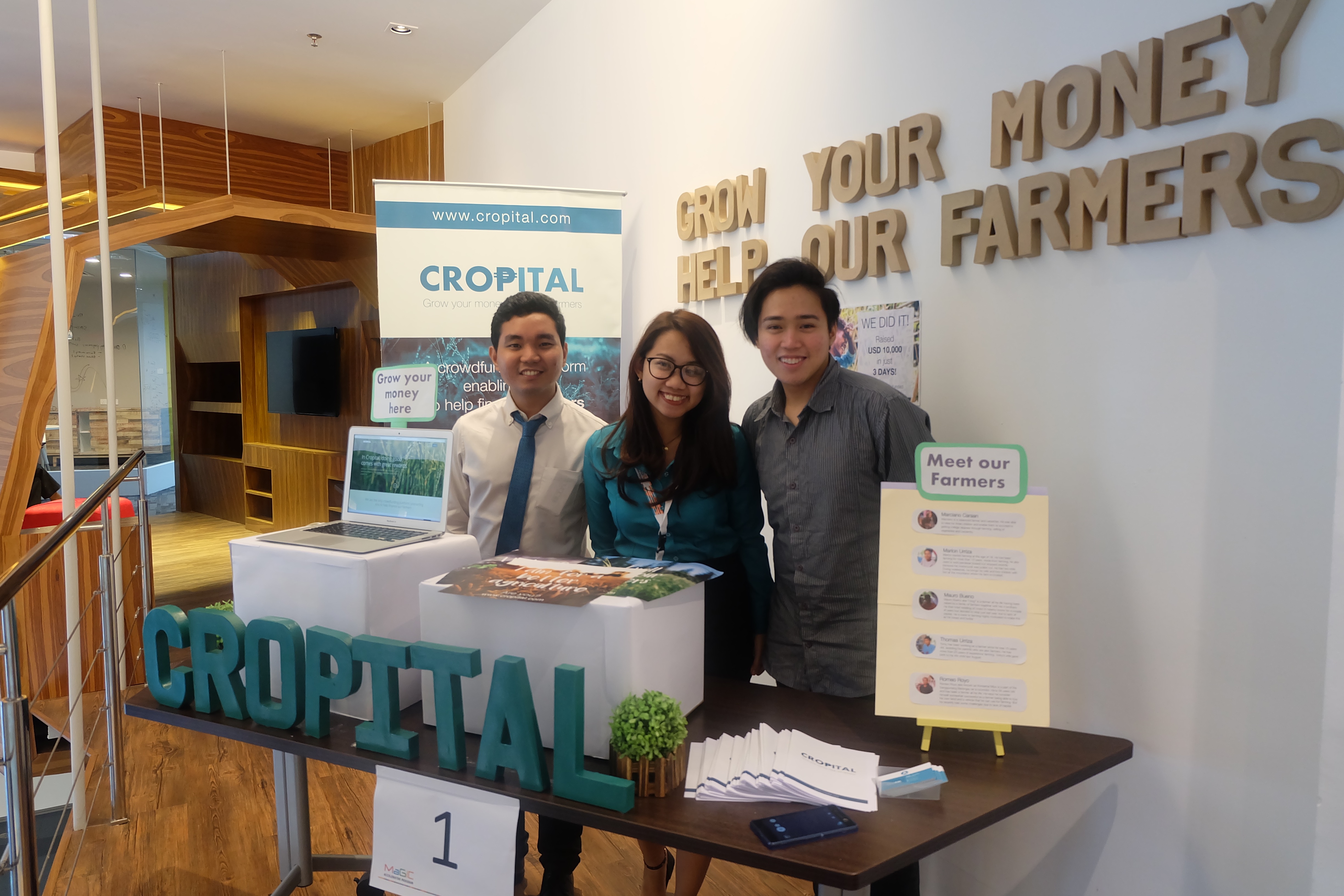 “Entrepreneurship for me is a reflection of life itself,” she described. “It consists of ups and downs, of failure and successes. It is a reminder to keep on innovating in order to adapt to challenges and situations. It is more than just having the vision but to keep on taking action, and learning from failures and courage to persevere.” She continued, “There will be many obstacles along the way, but with an entrepreneurial mindset, you have the ability to see the bigger picture—to create something out of nothing and never to give up!”

In the next 5 years, they want to see Cropital as a household brand—in which people will think of Cropital when they think of agriculture. By that time, Cropital would be supporting thousands of local farmers matched with established contract buyers, efficient production systems, and weather resilience technology. With all the support that they are getting from various organizations and users, and with a strong team to execute their plans, everyone is very positive that they will be able to do it.